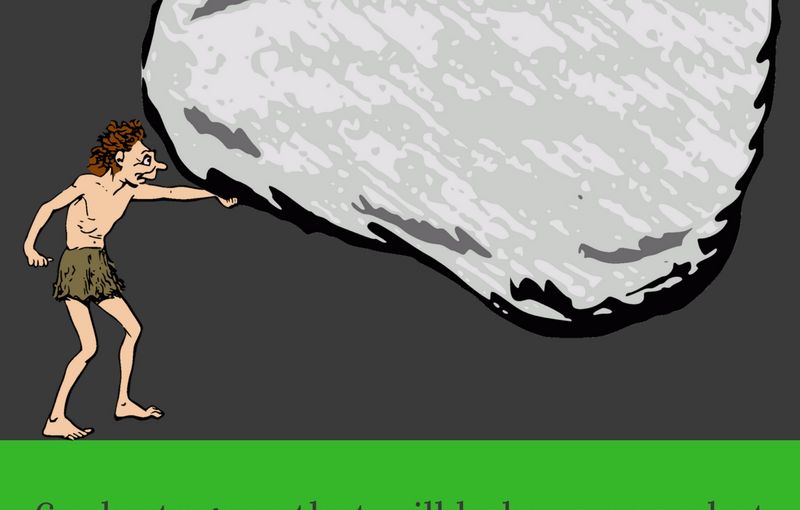 Stress is something we’ve all felt. Most of us have probably been completely overwhelmed by it at some point in our lives.

It’s your body’s way of responding to demand or threat. In our primitive days stress helped us react to the giant jungle cat nipping at our heels and trying to tear us limb from limb.

Nowadays the threat might not be so immediate, but we still have the same biological wiring.

And it’s called the stress response.

The stress response is a state of increased mental and physical arousal activated when you perceive danger.

This kind of arousal in small doses is a good thing.

It can help you stay focused, energetic, and alert during emergency situations. It can also help you rise to meet new challenges. Stress is what keeps you on your toes during a presentation at work, it sharpens your concentration under pressure, and it keeps you on task when you’d rather be relaxing and watching TV.

Too much stress on the other hand, is a bad thing.

It can have detrimental effects on your physical and emotional well-being. Stress is an energy killer. And it’s intimately linked to fatigue.

Many of us don’t deal with stress in healthy ways. We resort to alcohol, stimulants, and comfort food. These unhealthy habits provide short-term comfort, but work against our health in the long run.

A healthy alternative for dealing with stress without the negative side effects are adaptogens.

Adaptogens are a group of herbal supplements that can prevent the physical and chemical effects of stress on the body.

By counteracting these effects, they help prevent fatigue and maintain energy levels. Especially, when they’re taken in advance of a stressful event.

There are many different adaptogens. And they don’t all work the same way.

Adaptogens were first studied scientifically in the former Soviet Union.

The research scientists Nicolai Lazarev and Israel Brekhman were looking for a way to naturally improve strength, stamina, and energy in soldiers, athletes, and cosmonauts.

Much of their work was unknown to most of the world because of the Iron Curtain, which prevented open contact between the Soviet Union and Western countries.

With the collapse of the Soviet empire in 1991, however, the information became available.

Since then, many people have used these natural supplements to combat the harmful psychological and physical effects of stress.

Wolfberry is high in antioxidants.

Antioxidants are compounds that counteract the cell damage that can occur when an organism is stressed and have been associated with lowering the risk of chronic diseases such as such as cardiovascular disease and cancer.

Eleuthero root is also known as Siberian ginseng. This herb is an adaptogen used to reduce fatigue.

It has been shown to improve physical performance during periods of high intensity exercise and preliminary studies in animal research suggest eleuthero root is neuroprotective, which means it can protect the brain from harm.

It can significantly reduce the effects of prolonged and minor physical exhaustion; the conditions that generally result in burnout.

In addition to its anti-fatigue capabilities, rhodiola also can:

Ashwaganda is mostly noted for its ability to prevent anxiety.

However, it performs many other functions in the brain and the rest of the body too.

Ashwaganda has been shown to:

Ayurvedic medicine has employed the use of bacopa for centuries in the treatment of epilepsy and asthma.

As an adaptogen it is used to improve cognition by reducing anxiety and improving memory formation.

Most of the scientific studies involving bacopa’s ability to increase cognition have been conducted in the elderly. However, there is research to support bacopa’s effectiveness in young populations as well making it a suitable adaptogen for people of all ages.

Schizandra is known as the “five flavor berry”. This because it contains all five of the basic flavours. That is: sweet, salty, sour, pungent, and bitter.

It has long been used in Traditional Chinese Medicine to nourish the kidneys and heart.

The majority of research on schizandra as an adaptogen was performed in Russia decades ago. And most of it cannot be accessed.

From the limited Western evidence available and research that can be accessed from Russia, schizandra increases work accuracy and antioxidant protection while also decreasing feelings of fatigue and exhaustion.

Are adaptogens safe for everyone?

There are a few groups of people who should talk to a medical health professional before using them, however.

Women who are pregnant or breast-feeding should consult a physician. Most adaptogens have not been adequately tested for pregnant and breast-feeding women so their safety under these conditions is not clear.

People who are taking other medications should also consult a physician or pharmacist when trying something to new to make sure there aren’t any potential negative interactions you may not be aware of.

Stress is a fact of life. We cannot rid ourselves of it.

But we can provide our body with the proper resources to better manage the physical response to stress.

Adaptogens are a healthy way to increase your capacity to deal with stress and improve your mental and physical performance.

Let me know what you think about adaptogens in the comments.

If you’d like to know more about adaptogens, please contact me, I’d love to help you out.

Follow the blog for email updates of when new articles are available.